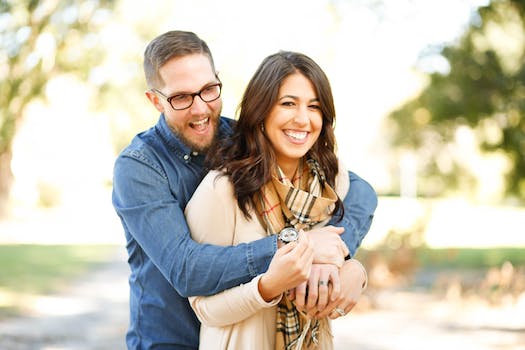 Photo by Pixabay on Pexels.com

Just a short note to ask a simple question today.

In my job as an Emergency room physician, I frequently see people who are “chemically impaired”.  Opiates,  benzo’s, cocaine, or maybe just THC or alcohol.  Sometimes more than a dozen a day.  Some agitated, aggressive and dangerous… some mellow, sad, and depressed.  Occasionally they arrive hyperactive.  Sometimes they are somnolent and snoring.  And sometimes, in a mood dominated by fatigue more than by compassion, one of the ER nurses will say “There is one more example of survival of the fittest in action.”

And in view of the evolution/creation debate, this raises a question?  Is there anything wrong with substance abuse?  If the universe, and life itself are random accidents, why not “escape” reality every chance we get?  And if it causes pain or suffering or emotional distress to others in our family or our community, so what?  If there is no higher power, and no such thing as religion or spirituality, who cares? Why should a bipedal sentient evolutionary accident care?  What difference does it make to a random collection of molecules?

Evolutionists loudly promulgate their religion in schools and on college campuses.  They label anyone who differs with their agenda as a miscreant, anti-intellectual, anti-science, or at best woefully uninformed.  But why do they care?

Is is because they genuinely care that others might be uninformed or uneducated on the issue?  I don’t believe so.

Is it because they want all the social mores that restrict them from uninhibited sexual expression and substance abuse removed?  Is it because they are offended by the possibility of a God to who they are ultimately accountable? I believe it is.

Rampant uninhibited sexuality and uncontrolled substance abuse are both damaging to society.  They are also both dangerous to the individual.  But if we believe the random nature of existence suggested by evolution and the Big Bang, why does it really matter?

“The Lord your God is with you. He’s mighty to deliver. He takes great delight in you. He will quiet you with His love. He rejoices over you with singing.” (Zephaniah 3:17)

Same sex attraction is a big thing these days.  It has divided our country right down the middle, with the tendency to polarize one side against the other.  Each side feels they have the high moral ground and each side often tends to demonize those who believe differently. The saying, “Hate the sin, but love the sinner” makes perfect sense to many conservative Christians, but comes off as judgmental to most liberals. On the other hand, “Gay is the way.” hardly seems like an answer either, and hating Christians because of their beliefs is not any better solution than “hating sinners”.

However homosexuality is just one of many expressions of human sexuality.  Of course we want to avoid insults or judgment of the homosexual community.  But a question arises as to whether that justifies lifting all the Bible’s limitations and proscriptions on sexual activity? If we reject the Bible as authoritative on sexual matters, what authority do we accept?

There is an old saying in Southern Illinois (maybe it’s everywhere). “I guess there’s someone for everybody”. There is a lot of truth to that saying. But it leaves many important questions unanswered.  Is there such a thing as right and wrong types of sexuality?  If same sex attraction is fine, what about other types of attraction?

What if you are are attracted to children?  There is a movement in France to normalize pedophilia. (1) The same is true of Sweden. (2) In fact it seems to be true of much of the EU. (3) It is beyond the scope of this blog to fully discuss the dangers to children or society inherent in these societal trends. But as rational, caring adults we absolutely MUST recognize the necessity of protecting our children from sexual predation! However it should be noted that one of the main things that has prevented the abuse of children for centuries is the Christian worldview. This very same world view is now systematically being destroyed in the name of scientism and secularism.

To look at the issue from a different angle, what if you are attracted to practically every woman (or man) you see?  Does that mean you should be able to have relations with them? Should you be polygamous, or cheat on your spouse, or have kids outside of marriage with dozens of other men or women? If you tire of your spouse, should you move on for sexual excitement?  Should the next edition of the DSM in medicine remove all types of sexual dysfunction from its pages? Is cocaine OK if it leads to better sex or more sex? Should we allow, or even encourage, people to find pleasure and fulfillment in every area of sexual expression, no matter who or what the object of the sexual attraction might be?  Should there be NO limits on human sexuality?

What if you are attracted to certain animals? Does bestiality go “too far”? Not according to Finland. (4) In fact there are still several countries around the globe where it is legal. (5) There have been numerous recent articles about the rise of brothels dedicated to sex with animals in Europe. However this practice is by no means new.  It is almost as old as humankind. Should there be limits on bestiality?

The point of the blog is not to define the limits of human sexuality.  It is merely to state that human sexuality must have limits, and they must somehow be defined.  Science is incapable and insufficient in defining matters of conscience, or morality. Scientism has stated that all such matters as religion and morality are irrelevant. In the past it has been religion or scripture which has typically prescribed these limits. But now, under the lead of secularism and scientism, all limits and even the authority to place limits, have been summarily removed.  There is no God, say the secularists.  So all of God’s rules are just fabrications, nonsense, patently absurd in the new “enlightened age”. Especially those which place limits on our sexual expression.

There is an old proverb, “Be careful what you wish for, lest it come true.”  I think this applies to the desires for sexual freedom that have been the motivation for much of the secular revolution.  Society may have found their freedom.  And in doing so I fear that they may have loosed the worst type of bondage imaginable. I tremble in fear for the most vulnerable members of society if I am correct. Not only that. I fear for the eternal souls of all those who believe they have been freed of all repercussions of their sexual actions and appetites.

Matthew 5:28  “But I say unto you, That whosoever looketh on a woman to lust after her hath committed adultery with her already in his heart.” KJV

Matthew 18:6 “If anyone causes one of these little ones–those who believe in me–to stumble, it would be better for them to have a large millstone hung around their neck and to be drowned in the depths of the sea.” NIV