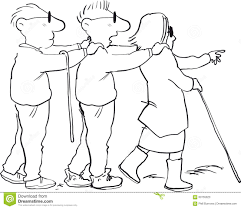 To many modern Christians (apparently including even the Pope) evolution “must be accepted” because atheist scientists say it is true. Most of this site is dedicated to addressing  the scientific reasons that evolution cannot be true.  Scientist have had to make great leaps of faith in order to believe in evolution.  In fact some would say (this author included) they have had to abandon the scientific method.  (See Evolution… Just the Facts).  But that is not the point of this post.

There is another equally important point, at least equal to the ethical, scientific, and religious costs of believing in evolution. What is the scriptural cost of believing in evolution?  The first, and clearest example is the need to toss out the entire first chapter of Genesis. We must change our view of scripture, from God’s Holy Word, to mythology and allegory. We must in essence assume that the Bible is not True (capital T). We are then soon prone to toss out the Flood, the Ark, and all the those bothersome unscientific miracles in the New Testament. But at least we still believe in the Beatitudes, and in love you neighbor, we say.  At least we still believe in Jesus.  Or do we?

1 John Chapter 4 reads, “This is how you can recognize the Spirit of God: Every spirit that acknowledges that Jesus Christ has come in the flesh is from God, but every spirit that does not acknowledge Jesus is not from God. This is the spirit of the antichrist.”  Atheistic evolution excludes the possibility of the Creator God and his Son Jesus Christ. So by definition, the theory of evolution seems to clearly fall under the definition of antichrist.  Why are atheist professors so adamant that their young wards accept evolution?  Could it be because they themselves have accepted the religion of the antichrist?  Based on 1 John Chapter 4, one would have to believe this is possible.

Another fact often lost on those Christians who “choose” evolution, is that we must also call Jesus a liar.  In Matthew 19:4 Jesus describes the creation, and how God Himself created man, and woman and marriage.  In Matthew 25:34 Jesus describes a kingdom “prepared from the foundation of the world” for those who minister to the poor, and naked, and hungry. In Mark 13:19 he talks about the creation which God created.  In Matthew 24:37 Jesus discusses the Ark.  He talks about the event as if it were an established fact. He talks about Moses.  He mentions the prophet Elijah and Jonah.  He even mentions Lot and Sodom and Gomorrah. He clearly accepted the OT, and treated the events recorded there as historical facts. Not only that, but nearly all Bible scholars accept that the Theophanies (times when God appeared in the OT) were actually appearances of the Pre-incarnate Christ.  So when God told Moses that He created the world in six days, it was actually Jesus, the Pre-incarnate Christ, who spoke.

It seems easy for us to ridicule the beliefs of ancient Baal worshipers and their orgies and human sacrifices.  It seems absurd when we view the polytheistic pagans of Greece and Rome, who seemed to have a different quirky god for every day of the week. How unscientific, we say.  But someday soon, will a future generation look back at a naive and scientifically illiterate generation of Christians in the late 20th century, saying “How could anyone actually have accepted the blathering unscriptural and unscientific idiocy of supposed scientists like Hawking and Dawkins?  The virtual black holes in their theories were so vast they swallowed up all vestiges of sentience and reason.”  God’s Word was clear. And science was clear as well. I believe that day will come, and soon.

“ Put no more confidence in mortals. What are they worth?”  Isaiah 2:22 Good News Translation

Exodus 20:11 “In six days I, the Lord, made the earth, the sky, the seas, and everything in them, but on the seventh day I rested.”

Evolution will one day be shown to be the greatest hoax in the history of science.  ANM